Like most wedding lunches for the Janj or the Bharaat, everybody was dressed decent and yet splendidly at the same time. It has always been a quirky admiration of mine that our folk can balance being rather decent for the Sanggat in the Gurudwara that they’re a part of and also maintain the swag for the revelry at the lunch after.

As I admired execution of this well planned wedding, a tinge of concern creeped up along with visions of my three beautiful, young daughters. Yes, it’s too early to even think about their tertiary education, let alone marriages.

Still, that calculative mind starting computing the wedding cost. I certainly cannot afford such a wedding, even with a projected pay rises over the next 15 years. I’m cheap because I can’t afford it, and I’m willing to bet I’d be cheap 15 years down the road.

It got me thinking. What really is the essence of an ideal wedding for me and my family?

From a strict Sikh standpoint, it boils down to the Laavan or Anand Karaj. My ideals should tell me that I would want to, first and foremost, seek the Grace of my Guru as to impart the very same ideals to my daughters as they begin to forge their lives in marriage with their soul mates.

Hence, the Ardaas to seek for this Grace is extremely vital. Then the 4 shabaads that are sung out loud for the soul mates to understand what His expectations are of them to pursue life in this existence and how they would pursue it as a merged soul within their marriage contract.

This shouldn’t be just a ceremony. This should be an imparting of perfect Gyan, or knowledge, that the couple will take onto intuitively and gracefully. As followers of the Guru. With full of Faith and conviction.

And, of course, the imparting of this Gyan will need the attendance of the Sanggat for their acknowledgement of the marriage and for the appreciation of the Gyan from the Guru Herself.

Since the Sanggat is there to celebrate the union of soul mates, then, of course they can’t leave with hungry stomachs. The food prepared by the Sanggat themselves, in the spirit of community and family, should be lavishly dished out to every single being that were part and whole of that Sanggat on that very joyous day.

Song and dance isn’t compulsory but I don’t think anything should stop the Sanggat from celebrating this union within the Gurudwara grounds as a community and as a family.

The new bride and groom, now seen as one, should then immerse themselves to be part of the Sanggat, before their beloved Guru, and serve each other with love and compassion. It would be a beautiful sight to see the Groom and Bride rolling up their sleeves to serve their parents from both sides equally just like anybody else in the Sanggat. The lesson of humility and of Seva for the family starting on the first day itself as a united couple.

Taking a step even further, the Sanggat that this young new couple is now joyfully serving and attending to, in all the laughter and smiles from all, would also include invited guests from the town orphanage, the old folks homes, families from outside of the community and different backgrounds. Here, the couple is serving the community to the extent that they can afford, with humility, with thankfulness for the abundance their families have offered them, along with His Grace.

And finally, after all the food and fun, as Keertan is still sung from within the Darbar Sahib for anyone still yearning to enjoy it, the couple can finally decide to call it a day with a final Ardaas of thanks, admitting themselves to Him that His Grace prevailed for their first day as a couple, full of love, full of family, full of joy.

And, you know what, I honestly doubt that this vision that I have would cost me an arm and a leg. For a cheap sod like me, that’ll do. That do quite nicely.

[Article was edited to emphasise the main point of the writer that Sikh weddings can be an expensive affair, and that the writer is pondering on how it will pan out for his own daughters] 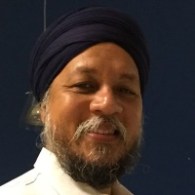 The Internet and the Sikh Marriage (Asia Samachar, 10 Sept 2016)