You must watch this young man in action. He tears down the Gandhi myth, among others.

In the process, Valley High School junior JJ Kapur was named the 2017 Original Oratory Champion at the Tournament of Champions, said to be the most prestigious high school speech and debate competition in the US.

Kapur’s victory caps off a string of high profile awards, including first-place finishes at the Emory University, Minneapple and Harvard University tournaments. Following a prompt to compose and deliver a persuasive speech addressing a social issue, Kapur spoke on his experience as a Sikh-American youth. See here.

In the finals, he spoke of the ‘story telling’ that we all get sucked into.

“I found that the story of Bollywood was just that, a story….And this disconnect between story and reality extends far beyond India’s border. We are a story telling society. We each seek to provide our scattered and confusing experiences with a sense of coherence, by arranging the episodes of our lives into stories. but our problem arises when our complex realities does not match the narrative.”

He gives an example of the narrative surrounding Mohandas Karamchand Gandhi, the Indian independence leader widely revered for his use of nonviolent civil disobedience.

But Kapur punctures the ‘saintly’ narrative around the leader who died in 1948.

“The Gandhi narrative is so powerful that when I related these details to the members of my own family, they (paused for effect) flipped (another pause) out,” he tells the crowd before him.

How did his own family responded? “Are you smoking weed? Gandhi is a saint. Watch the Ben Kingsley movie and get your story straight.”

He then continues: “Gandhi was important and influential but his story was complex. And imposing a simplified narrative structure makes his history a lie. ”

Watch young Kapur talk about the ‘story telling society’ that we all live in. 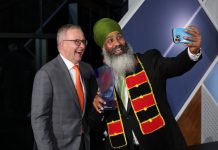 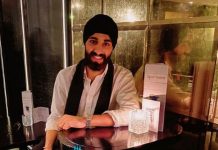 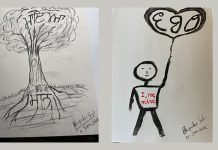 Kabir on maya and ego. Its easy to give one, but not the other

Kabir on maya and ego. Its easy to give one, but...