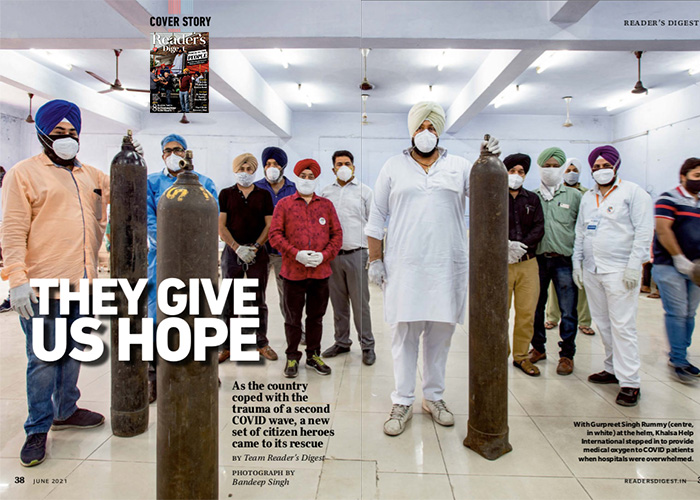 By Dipankar Gupta | The Times of India | Opinion |

Think of Sikhs and the mind conjures a barrel of laughs, a chest full of medals and a well-stocked bar. Or, to recall the old joke: Neil Armstrong lands on the moon expecting to be the first, only to find a Sikh taxi driver had beaten him to it.

That was then, but what about now? This pandemic has changed the popular image of Sikhs, not just in India, but the world over. People from distant Croatia and Syria acknowledged the help Sikhs gave them during their nightmare moments, and neither did US hesitate to rename New York’s 101 as Punjab Avenue to honour the contribution of Sikhs to the city.

Nearer home, in India, the impressive contribution of Sikh organisations in fighting the ongoing pandemic has been cited in the press and in the media in the most glowing terms. From providing oxygen, to ambulatory service, to feeding the poor, the Sikhs are nearly always the first to help. Even when relations quail to pick up a Covid corpse, Sikh volunteers willingly, and unhesitatingly, come forward.

There has to be a special reason for this. The answer lies in Sikh religion. Yes, of course, Sikhism, like every religion professes universal love, encourages altruism and promotes compassion. But it does something more which no other religious denomination does and that aspect is lodged in Sikhism’s main frame. It is in Sikhism alone that service to others is an important aspect of devotional practice for the laity, especially for the laity, within the temple premises.

True, other religions have saints, healers and preceptors too, yet in Sikhism alone it is the laity and not the virtuosos, it is the everyday worshipper and not the ordained priests, who are the heroes. It is they who uphold the fundaments of their religion, its absolutely essential core, by serving others and performing ‘sewa’.

It begins with the person who puts away your shoes at the temple gates, to the person who assiduously sweeps the temple floors, to those who stand over hot fires in the kitchen ‘langar’. It is the routinisation of these everyday acts of service that primes Sikhs to reach out to others even where there is no gurdwara in sight. They still call that ‘kar sewa’, or serving the house of God, because God is everywhere.

In Sikhism, it is not the great, the gifted, the sage who serves ordinary people but it is ordinary people who serve ordinary people. Nor is there a special premium reserved in Sikhism for serving the guru, the maulvi, the deacon, which is above serving everyday people including those who are non-Sikhs too.

If Sikh gurdwaras are spotlessly clean, langars bountiful, and there is shelter for all, then that is because devotees practise service as a routine religious act and not as a deliberated heroic act.

For such ‘sewa’ to be performed, Sikhs don’t need the ‘granthi’, the priest, or the ‘raagi’, nor sundry virtuosos to sign up. The communion, or the ‘sangat’, does not just pray together, but serves together as well. Nor does this service happen on special occasions determined by the movement of heavenly bodies. ‘Sewa’ is a routine daily activity without which everyday worship by everyday Sikhs is incomplete.

Charity is not a standalone attribute in Sikhism. When Sikhs step out to help others they do not do it as charity, but as service first. Charity is not uppermost in their minds as it may be in other religions. Service is more immediate and has to be done at close quarters. Charity and almsgiving are not quite the same for they can be performed at a distance. To perform service trumps plain charity, because when service begins at home, especially at the home of God, can charity be far behind?

It is this unique aspect of Sikhism that makes Sikhs stand out in times of trouble. It is not because Sikhs are brave, for some mysterious genetic reason, that they jump into the fray and face dangerous wars and viruses without a thought. There are brave people in all communities, the Marathas, the Gorkhas, the Rajputs, and the list goes on. Sikh bravery is not bravery first, but service first and that is where the difference lies. A Sikh may be a ‘Rambo’ outside, but bring one such person to a gurdwara and you will find a devotee at heart.

Even in the gurdwara, the donation that Sikhs make before the book is not marked by grandstanding of the kind that other charity events are. The money is slipped, unannounced and with no fanfare, into the collection box. Who has given how much is not known and no receipts are issued, no loudspeaker commends the generous giver and that is what makes this act a commendably egalitarian one. Rich and poor are all the same as they approach the Holy Book under the canopy.

It is this centralisation of service as ritual that marks Sikhism out from other religions and gives it its remarkable and unique feature. It is this that primarily explains why so many Sikhs, in temple organisations and outside, are willing to risk their lives to save distraught patients. When others have either turned their backs, or pleaded helplessness, trust a Sikh to fill in the breach. To modify a popular riff: ‘A Sikh who does sewa is worth sawa lakh’!

Dipankar Gupta taught for nearly three decades in the School of Social Sciences, Jawaharlal Nehru University. This opinion piece appeared in The Times of India on 11 June 2021. 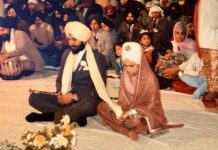 Marriage: We had to learn on the job 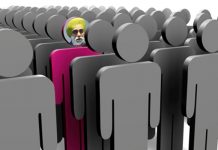 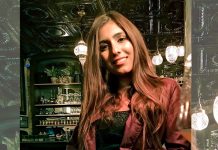 At 15, Heeren Kaur Gill knew psychology was her thing

Marriage: We had to learn on the job

At 15, Heeren Kaur Gill knew psychology was her thing