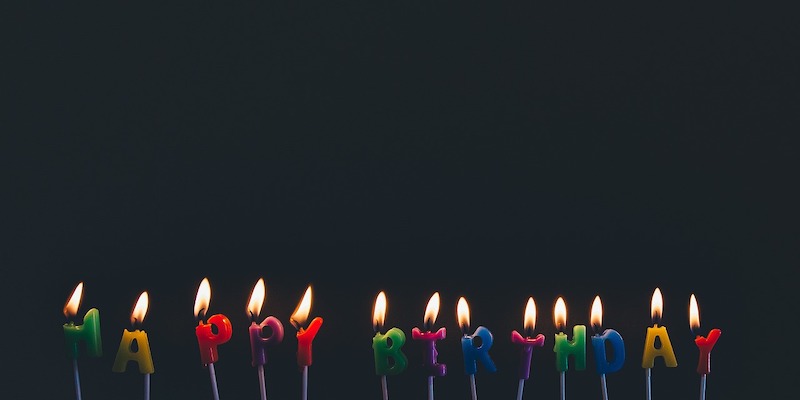 Guru Nanak the founder of Sikhi was born on Vaisakh 1, 1469 (April 15,1469). This day is better known as Vaisakhi day. This date was recorded in most historical manuscripts (sakhies) presently available. Bhai Pal Singh Purewal, the author of the Nanakshahi calendar confirmed this date by applying the most logical calculations and methodology. However, Sikhs all over the world celebrate Guru Nanak’s Avtar Divas in the middle of November with no fixed date. That is seven months delay from the actual date of birth. The purpose of this article is to explain the reasons to celebrate in November. Historically, during and after the Guru period for 346 years, Sikhs were celebrating Guru Nanak’s birthday on Vaisakhi day each year.

REASONS TO CELEBRATE IN NOVEMBER

There is a large number of reasons but I will only list the obvious ones as follow:

This is a mythical book written approximately 120 years after Guru Nanak’s departure from this world. It was masterfully orchestrated by anti-Sikh groups to dishonour Guru Nanak. This useless book was published with financial support from the ruling regime of that time. And it was distributed free of charge to all Sikh religious places and Sikh religious groups. This book is full of myths, rituals and superstitions including Guru Ji’s Avtar Divas. It’s written in this book that Guru Nanak was born on Kattak di puranmasi instead of Vaisakh 1st. In a matter of fact, the Kattak puranmasi date of birth belonged to Baba Siri Chand son of Guru Nanak. Baba Siri Chand was a rebellion against Guru Nanak’s philosophy. He had nothing to do with Sikhi. However, Sikhs all over the world celebrate his birthday and claim it as Guru Nanak’s birthday.

They titled this Janam Sakhi “Bala” in which Bala was a fictional character. In reality, there was no person named Bala who was Guru Nanak’s companion. Guru Nanak had only one companion during his life, that was Bhai Mardana. Presently, there are similar anti-Guru Nanak philosophy groups with different names and objectives. These groups are SGPC, RSS, Taksals, Deradars, Babas, Sants and most of the Gurduara management committees who promote this Bala Janam Sakhi. It is true but sad, the majority of Sikhs are not aware of the actual Avtar Divas of their founder.

Udasis were followers of Baba Siri Chand and they claimed Siri Chand was the second Guru of Sikhs as well. After Banda Singh Bahadur, when Sikhs were facing religious persecution, genocide, forced to live in jungles, the Udasis took control of Sikh shrines and they started celebrating Guru Nanak’s birthday on Kattak di puranmasi (November), which was the birthday of Baba Siri Chand who was their Guru.

The Nirmlas were disguised Brahmins, who studied Vedic religion (Hinduism) at Banaras (Kashi). Over time, they took control over Sikh religious institutions and started their mission against Sikh principles. According to M.A. McAuliffe a historian, it was the first time in 1816, when Guru Nanak’s Avtar divas was celebrated in Kattak (November) at Nankana Sahib. It is said, that, the Hindu community used to celebrate their religious festival in Kattak at Ram-Tirath, a place about 5 miles from Amritsar. Local and nearby area Sikhs used to join this celebration as well. Gyani Sant Singh a Nirmla, head granthi of Darbar Sahib, Amritsar was not happy with Sikhs attending this Hindu festival. So to prevent Sikhs from going to Ram-Tirath, he convinced Maharaja Ranjit Singh to have Guru Nanak’s Avtar divas celebration in Kattak.

The Singh Sabha movement was to reform Sikhi and free the Gurduaras from Nirmlas. The movement was very successful and in 1925 the Gurduaras were freed from Nirmlas. However after they were removed from Gurduaras they moved into Deras, Taksals and become Sants and Babas. Presently all Deras, Taksals, SGPC, majority Gurduara management committees practice Nirmla ideology. This means approximately 16,000 Deras in Punjab with all their Sants, Babas and their ignorant followers continue to celebrate Guru Nanak’s Avtar divas in Kattak instead of Vaisakh 1st (Vaisakhi Day).

It is a fact that the Sikh community has been receiving fake information for more than 200 years. This was because of the Sikh leadership (SGPC) and religious institutions such as Gurduaras and Deras being in hands of Nirmlas. The main objective of the Nirmlas was to make Sikhi part of Hinduism, that was the reason they have been providing false information to the Sikh community. The Sikh community trusted the corrupt leadership without realizing they are not honest in their commitments to society. The Preachers, Kathakars, Dhadies, Sants and Babas all tell Sikh Sangat not to criticize or raise any question about anything they hear in Gurduaras, just take it as a Gospel truth. The Sikh Sangat relied on these people with full trust and confidence without searching the facts themselves. It seems, that, the Sikhs forgot that Sikhi was based upon logic, purpose, relevance and practicality. Having the wrong information for more than 200 years, now become a reality in Sikh society, such as celebrating Guru Nanak’s birthday in Kattak (November), Bala being Guru Nanak’s companion and so many fake ritualistic traditions and miraculous stories labeled with Guru Nanak.

It is a historical fact, that, the publishing cost of mythical, blasphemous Bala Sakhi was 330 rupees at that time which is now equivalent to 330,000 rupees. Whereas SGPC, Deras and other religious institutions wasted approximately one thousand crores* rupees of public money with very little or no benefits to the Sikh society during Guru Nanak’s 550th-anniversary celebrations. One wonders, the main objective of Sikh religious leadership for these extraordinary celebrations was to reconfirm Guru Nanak’s birthday in Kattak (November) and nothing else.*unofficial report

REASONS TO CELEBRATE ON VAISAKHI

The most important reason is that it’s the correct day of Guru Nanak’s Avtar Divas. Presently, Sikhs are the only nation in the modern world that celebrate their founder’s birthday 7 months after the actual date of birth. Sikh Gurus, their principles and Guru Granth Sahib are indeed unique in the world and that’s why Sikhi is called the most modern society. However, practicing ritualistic traditions and the founder’s birth celebration 7 months late is against being modern. This indicates that Sikhs are not aware of or informed of their heritage.

Sikhs are very fortunate to be part of Canadian society, where most provinces declared April is a “Sikh Heritage Month”. At present, the celebrations are limited to Akhand Paths, langar in the Gurduaras and Nagar kirtans. Adding Guru Nanak’s Gurpurab on Vaisakhi and Guru Tegh Bahadur’s birthday on April 1st will boost the month-long celebrations. It’s time to start organizing seminars and conferences open to the public on Sikh heritage such as Sikh Gurus, Philosophy and accomplishments. It would be an excellent opportunity for Sikhs to share their heritage with the Canadian public.

HOW TO MAKE THE CHANGE?

All Gurduaras outside India are independent, built and maintained with public funds (the Sikh community’s hard-earned money). SGPC has no legal jurisdiction on Gurduaras outside Punjab. Sikh Sangat has all the rights to suggest/recommend the management committees to make the required changes in the Gurduara functions. One can say that Sikh Sangat is the real governor of a particular Gurduara. Presently, all Gurduaras take part in Guru Nanak’s Avtar divas celebrations on a fake date. My humble request to Sikh Sangat is to make recommendations to the Gurduara committees to have the Gurpurab celebration on the actual day of Guru Ji’s birth (Vaisakhi day). In other words, we are already celebrating it but on the wrong date, so why not do it on an actual day?

ASIA SAMACHAR is an online newspaper for Sikhs / Punjabis in Southeast Asia and beyond. When you leave a comment at the bottom of this article, it takes time to appear as it is moderated by human being. Unless it is offensive or libelous, it should appear. You can also comment at Facebook, Twitter, and Instagram. You can reach us via WhatsApp +6017-335-1399 or email: asia.samachar@gmail.com. For obituary announcements, click here. 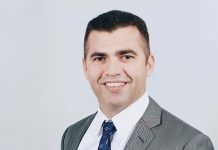 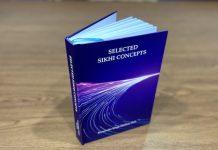 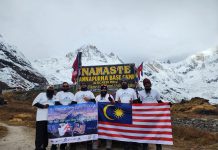